Toronto man who wanted Trump to help him find a wife arrested outside White House: report

A Toronto man was arrested outside the White House early Wednesday for moving a security barrier during a visit to Washington, D.C., Metropolitan police say.

The 31-year-old told the U.S. Secret Service he was trying to deliver two bottles of Crown Royal to President Donald Trump in hopes that he would help him “find a wife,” according to the arrest report obtained by NBC.

The Secret Service has not yet responded to CBC News’ request for a copy of the document. A spokesperson would not provide any details about the alcohol nor the man’s request for Trump’s matchmaking advice, saying instead in an email the Toronto man was arrested for “unlawful entry.”

Around 12:15 a.m., the man allegedly moved a sidewalk bicycle rack marked with “no trespassing authorized personnel only” and “restricted area do not enter” signs, the report states. 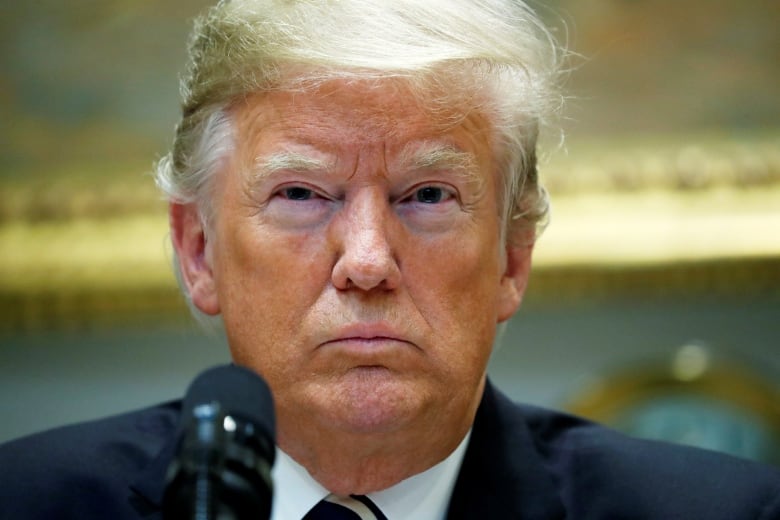 The man told members of the U.S. Secret Service he was trying to give President Donald Trump two bottles of Crown Royal in exchange for matchmaking advice, the arrest report said. (Kevin Lamarque/Reuters)

When questioned by Secret Service members about his motives for barging past the barrier, the report said the man admitted to being arrested recently for “threatening family members” and stalking his cousin.

“The incident resulted in no impact to White House operations,” the Secret Service told CBC News.

It’s unclear if the man is still in custody.

The Trumping of Toronto politics: how I ...